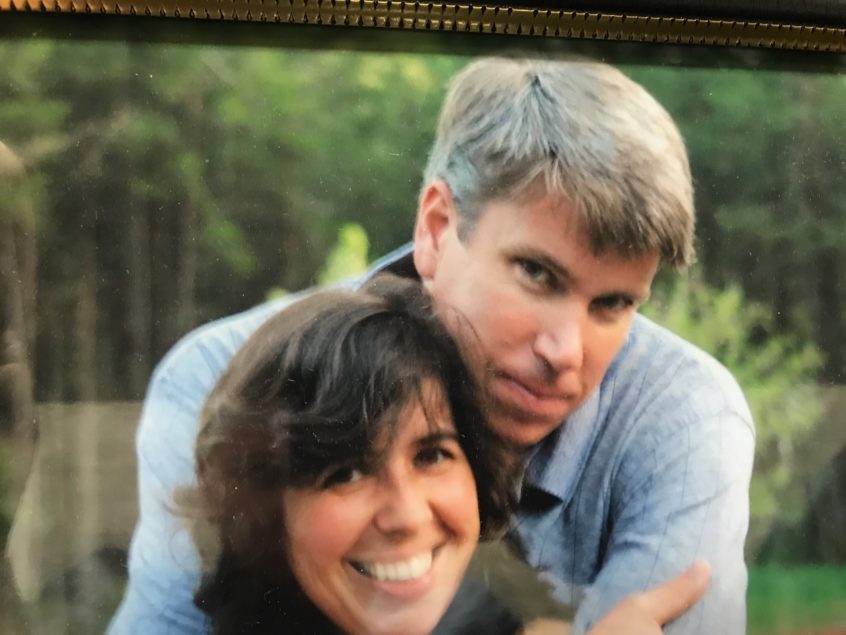 The word cancer is only six letters. Two C’s, One N, One R, One A and One E. If there were no emotional or mental associations it would be like any other word scramble. But this isn’t the case.

The truth is the word cancer conjures up images of illness, deterioration and dying. It activates feelings of fear and hopelessness.

This post comes after my husband was diagnosed with cancer on his birthday.

The timing seems all wrong but when is the right time to get cancer?

The news came the day he turned 49.

I questioned the logic behind him scheduling his results appointment on his birthday. He assured me it would be fine and said, “look at it this way, it will be an awesome birthday present if the results are good and if not, at least I’ll be able able to remember the day I found out.”

When the doctor appeared, he looked down at the chart he was holding then up at us. The first words out of his mouth were “it’s positive”.

Mike’s eyes lit up and he went to give the doc a high five. That’s when we both noticed the doctor’s face becoming confused and contorted as if something was wrong. He quickly clarified his original comment and said, “Not positive as in good. Positive as in you have cancer. I’m sorry.”

We left and went straight to the local pub to have a beer. Mike was numb. I kept insisting there must be a mistake. Biopsy results can get mixed up. It was classic shock and denial with neither of us thinking straight.

I’ve since had time to sleep. Sleep helps but then you have to eventually wake up and deal with life.

I’ve never been what you would call a good patient. I don’t trust or do everything I’m told. So hearing Mike’s options are limited to surgery, hormone therapy and radiation is somewhat infuriating to me. All three paths are expensive, invasive and have risks. Not to mention, they only treat the symptom and fail to address the underlying cause of the cancer.

I guess I am struggling so much because this is something I can’t fix or control.

I have no great insight. Maybe that comes later. Right now, this sucks.

UPDATE: Mike chose surgery and the surgery was successful. He currently is cancer free. Thanks to all our family and friends who were there for us during this difficult time. You’re the best!